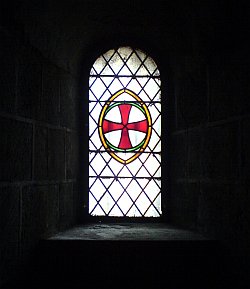 "Take 60 parts of sand, 180 parts ashes from sea plants, 5 parts chalk. Cook and cool and you get glass." This recipe was taken from a Mesopotamian cuneiform text of the third millennium BC, widely acknowledged as being the era of the first man-made glass.

Some people describe glass as the fourth state of matter. Rigid and solid but with the atoms arranged randomly like a liquid. Its versatility seems only limited by ones imagination and the development of civilisation can be measured by the development of glass since Mesopotamia. Glass is capable of being cast into huge mirrors for telescopes and yet also drawn into fine thread for fibre optics. Most people will recognise glass as clear transparent windows, bottles and drinking vessels, recent luxuries in the history of mankind.

Molten glass easily absorbs chemicals and metals and by carefully balancing these additives can be given almost any colour and produced from complete opacity to transparency. Glass, therefore, appeals to a wide range of industries as well as the decorative arts.